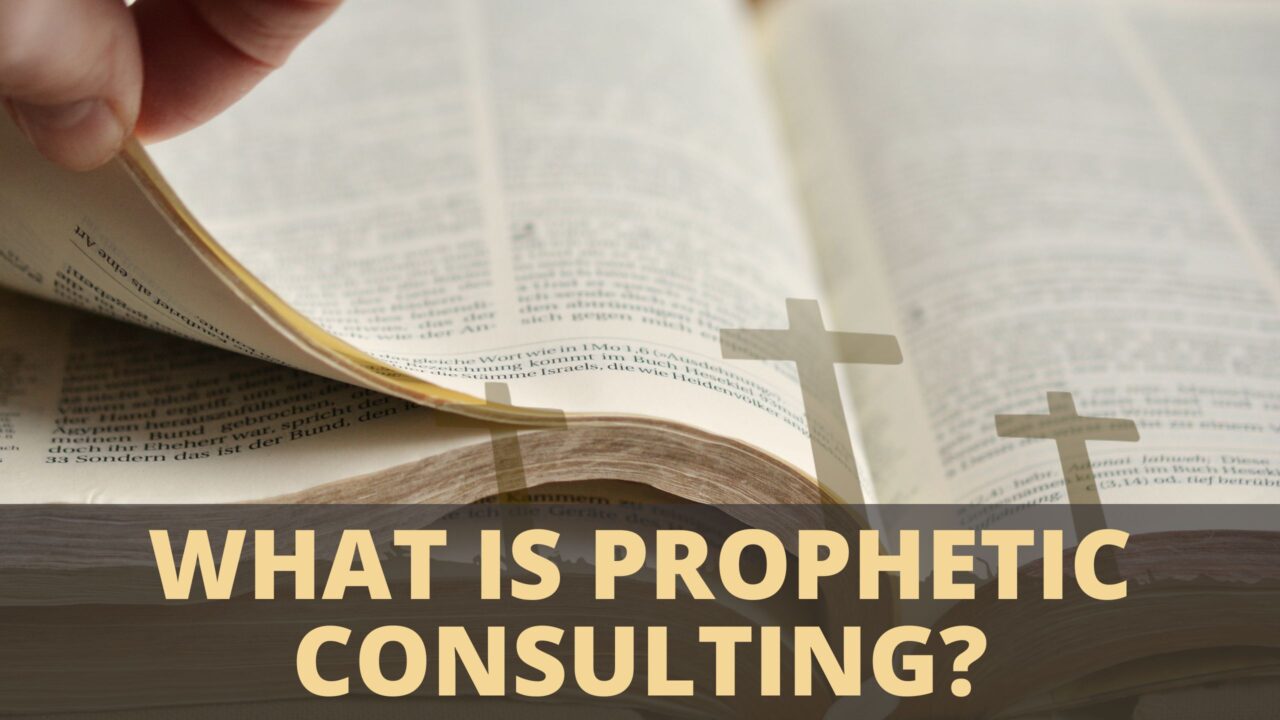 What does the word prophetic mean?
First, let’s define what the word prophetic means so you can have a better understanding of what prophetic consulting means. We get our word prophetic from the word prophecy. In Revelations 19:10b, “…for the testimony of Jesus is the Spirit of Prophecy.” The Strongs number G4394 – propheteia defines from its Greek meaning as follows:
A discourse emanating from divine inspiration and declaring the purposes of God whether by reproving and admonishing the wicked or comforting the afflicted or revealing things hidden; esp. by foretelling future events.

What is Prophetic Consulting?
The primary purpose of a Prophetic Consultation session is to help Clients seeking breakthroughs in one or more areas of their lives. It’s to help Clients reach an end goal or result by uncovering the obstacles that are hindering them from reaching freedom in the areas of personal life, relationships, or business.
The way the consulting session process is accomplished is by the Consultant partnering with Holy Spirit, asking a series of Holy Spirit-led questions, to uncover the area(s) of blockages/obstacles that are keeping the Client from seeking breakthroughs. Once the blockage/obstacle is revealed, the Client may then receive an immediate breakthrough or seeks further guidance for the inner healing to bring the breakthrough.

First of all, Balaam was not an Israelite prophet but a false prophet/diviner/soothsayer who was paid to curse people and loved the wages of unrighteousness. Balaam would study the different gods of his day to know how people were blessed and cursed by those gods.

The Moabite-King Balak sends his men to Balaam to pay him a diviners fee to curse the Israelites (Numbers 22:7) because they feared them.
Prophetic Consulting is not about cursing God’s people but instead bringing freedom (Luke 4:18) by partnering with Holy Spirit to lead them to a breakthrough in the Kingdom way.  Using God’s Holy word (principles), His ways (practices), and His will (presence-led) through Christ Jesus by direction of the Holy Spirit.

What other ways did prophets/prophetic people receive payment for services sought after? (bold and italicized emphasized)

Do You Need Prophetic Consulting?
Go to Top