The Four Tests In Life

Today’s reflection on #50daysto50 is about perseverance. If you have missed any other of my reflections you can find them at wendytwine.com/50daysto50. 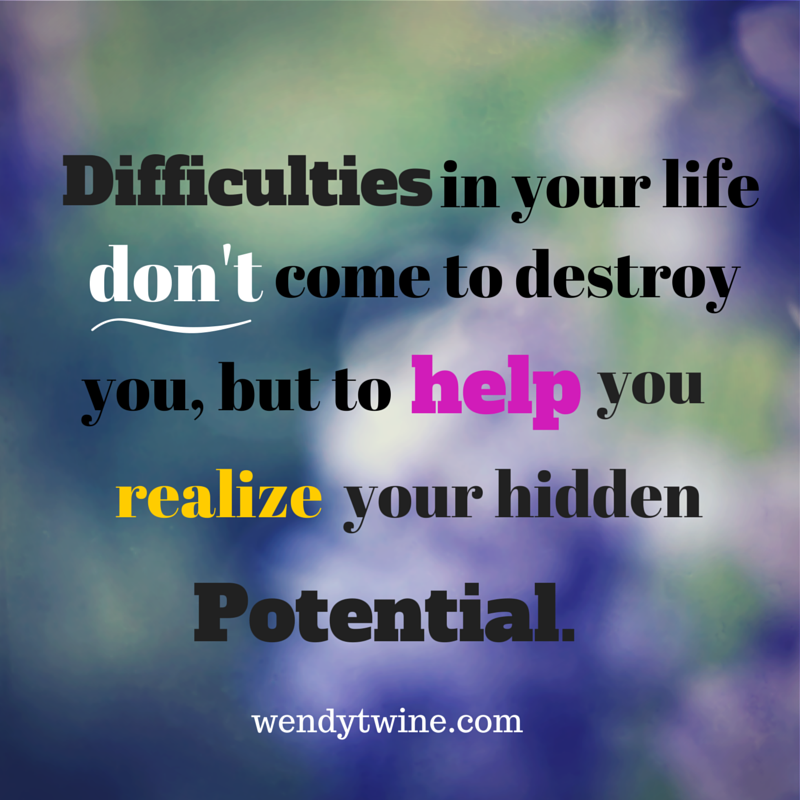 Yesterday’s Reflection I mentioned how I wanna live life BIG. But in order to live life big according to the lyrics in #JamieGrace video, I know we will be tested to see if we can live up to our agreement with the words.

In life we encounter many tests along our journey of life but when it comes to a particular vision that God has gifted us with, we will encounter four types of tests.

According to Os Hillman in The Upside of Adversity, he mentions these four test. These four tests are as follows:

Well in the first test when it comes to betrayal, I had mentioned this is what happened to Joseph with his brothers and his black hole experience. This is when you are blindsided by putting your trust in something or someone and the trust has been broken.

We then will encounter an integrity test, again in Joseph’s life of not only being a slave for 13 years but he was also tested for his integrity first towards his God and then his earthly master. Potifer’s wife, apparently a very beautiful women kept trying to seduce Joseph to have sexual relations with him. But he ran from her to flee temptation.

How many times in your life have you been tempted or enticed by the enemy to have an encounter that would test your integrity? It may not be sexual alone, it could be financial in paying the proper taxes that you owe or not paying child support by continuing to change jobs to get out of it. etc…

We all encounter the integrity test. And we all fail at it in one form or fashion in one time or another in our lives. But what God is after is developing us into people of integrity.

The third test is the perseverance test. This seems to be one of the hardest for me. This is the test when you are in a particular situation and there is no relief from it no matter what the heck you do.

You can pray everyday, read your bible everyday, give to God’s kingdom purposes regularly etc. all the time and hoping, praying and expecting for to be delivered. And then nothing  for weeks, months, and years on end.

But again during this time just like Joseph who was forgotten in jail when the butler and the cup bearer came into the jail with hime and he interpreted their dreams, he said to the cup bearer please don’t forget about me.

What he wanted was the cup bearer to mention to Pharaoh about his plight. See Joseph had told the cup bearer that he would be restored to his rightful position. Instead, the cup bearer forgot and another two years went by before he finally remembered (Genesis 40).

Joseph’s perseverance test was coming to an end when the Pharaoh was being tormented with bad dreams that the cup bearer remembered a man who could interpret dreams.

This takes us to the final test and that is the success test. As I mentioned in another reflection posts, Joseph became the second highest ruler in the land of Egypt.

This is the hardest test to pass. Many people will come into power, influence, and money and will not be able to pass this test well. Because the trappings of the lust of the flesh, the lust of the eyes and the pride of life creeps in.

Let me leave you with these scriptures to encourage you.

“Consider it pure joy, my brothers and sisters,[a] whenever you face trials of many kinds, 3 because you know that the testing of your faith produces perseverance. 4 Let perseverance finish its work so that you may be mature and complete, not lacking anything.”

Can you relate to any of these tests? If so, how?

Join my mailing list to receive the latest news and updates from me and my team. Plus, receive my S.U.C.C.E.S.S. checklist for Business & Life as my way of saying thank you.

You have successfully signed up. Please check your email and click confirmation to receive updates.